Using Keysmith with other automation apps 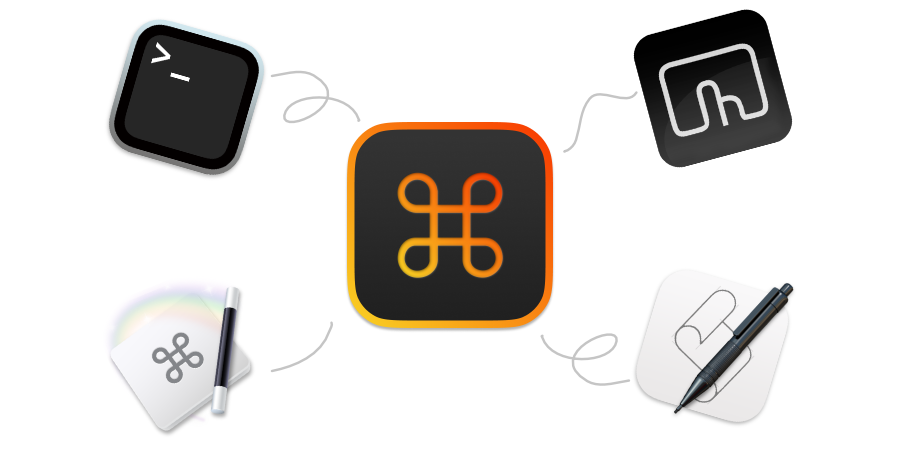 Keysmith lets you trigger macros in a few ways: with a global hotkey, with an app- or website-specific hotkey, or via the quick launcher. But there are plenty of other situations in which you might want to trigger a macro in Keysmith, like through Keyboard Maestro's MIDI support, or BetterTouchTool's trackpad gestures.

All Keysmith macros have a unique URL that can be used to run them from any tool. In this post, we'll go over a few different ways to make that work.

The first step is finding the URL for the Keysmith macro you want to run. To do so, open the Keysmith editor, select the macro you'd like, and then select File > Copy Macro URL in the menu bar.

BetterTouchTool is a great Mac app that, among a host of other things, lets you trigger actions via your keyboard, mouse, or trackpad. (And, like us, they're available on Setapp!).

Triggering a Keysmith macro from BetterTouchTool is really straightforward. Choose your trigger, then add the "Open URL / Open URL With Selection" action. A box will pop just below the dropdown where you can paste the macro URL.

Keyboard Maestro makes it similarly easy to trigger a Keysmith macro. Add the action called "Open a URL" and paste the macro URL into the textfield. Make sure "Default Application" is selected and it'll work like a charm.

Lots of tools support running an AppleScript, which opens up a world of possibilities. Running a Keysmith macro from an AppleScript is a one-liner:

Just replace the URL with your macro's URL (but make sure you keep the quotes!)

Running a macro from a shell script is one word shorter than from an AppleScript! It's just:

We'll end with a grab bag of ways to run a macro from a bunch of different programming languages. But if your favorite isn't listed here remember that this is as simple as opening a URL, which should be easy to Google. If you can't figure out how to trigger a Keysmith macro from some other app, tool, or service, please reach out, we'd love to help!